From the music and production of Turquoise (ARCmusic), which she successfully recorded in collaboration with Hossam Ramzy of the Gabriel, Plant and Page fame, Dalinda is back, this time with Waternixie.

Her new album takes a new approach: produced by Pete Murray, a maverick producer known for taking on interesting projects, it crosses over into other sounds, other musical territories, never leaving the Arab influence, or shall we say, their beat, completely.

Dalinda bridges the gaps and she does so with the help of various languages the songs are in, and musicians such as Ivan Hussey, Geraint Roberts, Pete Riley, Hassan Shalf, to name a few, all handpicked to bring their flair to this, as Hossam Ramzy himself describes: "...thoughtful, eclectic and worldly music that expresses various genres (of music) while extending to new dimensions of experience".

Dalinda's journey with Waternixie is a personal one. She revisits Southern Slavs, the land of her parents, through an a capella rendition of the old "Dimitrije Sine Mitre"; she expresses a myriad of sentiments for her birthplace, Libya, elusively calling it "Phantom Port 32N 13E". The song was created before the fall of the regime, during the uncertain times, hence the peculiar addition of geographic coordinates. She speaks of her fears, her nightmares, her dreams and ultimately her "fate" in Waternixie.

And she dedicates the album to her mother, and to her daughter.

Extensive press, radio play and interview campaign has been put in motion in an attempt to reach her fans and gain new ones. Dalinda will also be a part of the coming season of festivals in the UK, as well as in other parts of the world.

ARC presents Songs from Libya by Dalinda. The album's music draws on Bedouin influences from the Libyan, Moroccan and Algerian deserts incorporating rhythms and nuances from Egypt and the Middle East as a whole. This video features the track Mahboubi Khanni from the album. 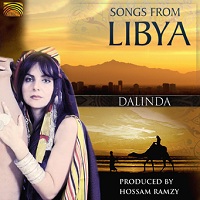 How do you define the connection between inspiration and the origin of one's being? How do you pinpoint the artistic background of someone who considers herself a collector of influences of places she has lived in and those she carries in her genes, rather than belonging to any particular part of this world?

Dalinda has worked with the members of Mandragora and Earthdance on a number of projects. Here are some examples of the Dalinda's collaboration with Phil Thornton and Simon Williams:

Collaboration with Hamid ElShari on a song called "Leish Takhod Galbi"; video released on Mazzika, Zoom, OTV, Orbit's Music Now, and as a ring tone throughout the Arab world.

Shd Mrasilak was another project with Hamid. 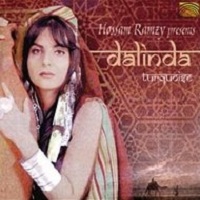 Dalinda, originally Bosnian, was born in Libya, on the Saharan fringe of the Mediterranean. From an early age she was exposed to a filigree of musical influences which provided her with a taste and appreciation of different genres; Italian canzonnas which she learned from her little friends, the Slavic/Balkan folk her father listened to, the soulful sounds of Edit Piaff and Russian Gypsy ballads her mother adored, and the Arabian music everywhere around. Thus, identification with one particular sound was difficult.

After exploring a variety of opportunities in higher education, she realised that music nevertheless remained the focus of her life. However, the outlet for her expression in Tripoli was missing, and so she left Libya for England, in a quest to fuse the music from her childhood with the music in her mind.

London and the past decade captivated her with its particular vibe- the reign of freedom of artistic expression- and she realised it was the place where one could be different and yet belong; the place where the Saharan sounds finally became louder and clearer within her. Arabs would call it fate, and maybe it was, that right at that time she had met the World renowned Hossam Ramzy, who has been vital and instrumental to the music of the leading artists such as Peter Gabriel, Robert Plant and Jimmy Page, Cheb Khaled, Sting, Loreena McKennitt, Tarkan, Celik, to name a few. A partnership was formed, a musical direction taken, and the sounds were at last identified, given texture and colour, the un-named incandescent shade of blue finally got a name- and "Turquoise" set out to grasp it. 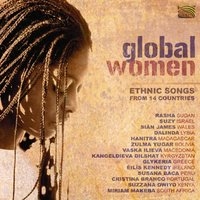